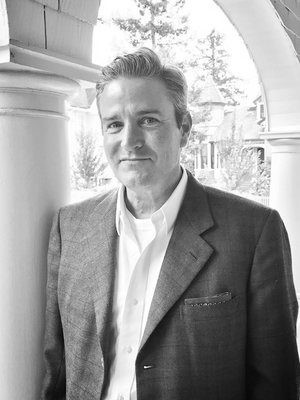 PATRICK K. O’BRIEN owns and manages the boutique California law firm O’Brien Law, PC. Mr. O’Brien received his undergraduate degree from Loyola Marymount University and his law degree from Gonzaga Law School where he was Associate Editor of the Gonzaga Law Review. Currently Mr. O’Brien is enrolled at Pepperdine Law School where he is completing his L.L.M. in Negotiation and Dispute Resolution.

Prior to founding O’Brien Law, Mr. O’Brien worked at Ropers, Majeski as a senior associate and then was a partner at Lanahan & Reilley and Daniel Crowley & Associates.

Mr. O’Brien’s current practice is heavily weighted toward advising companies in a outside general counsel capacity. These companies are located throughout the State of California and engage in a broad range of activities from Construction companies to RV manufacturers. In addition, Mr. O’Brien  has successfully tried and arbitrated a number of cases, including cases regarding fraud, commercial vehicles, wrongful death, breach of contract, probate, construction and elder abuse. Mr. O’Brien is a member of the Sonoma County, San Francisco County, San Mateo County, Los Angeles County and Orange County Bar Associations. He is admitted to practice law in all of the State and Federal Courts in California and is admitted to argue before the United States Supreme Court.

Mr. O’Brien has been recognized by his peers with a number of awards. Most recently he was named a top ten Elder Abuse attorney in California in recognition for his trial court victories defending abused senior citizens. He has also been included in the prestigious Irish Legal 100 list for the past five years. This list includes Supreme Court justices, federal judges and the top attorneys in the country.

In addition to his extensive legal background, Mr. O’Brien has served as CEO, General Counsel and Board Member for several companies in the United States, the United Kingdom and Central America. Because of his business background, Mr. O’Brien is regularly hired to prosecute or defend matters involving complex forensic accounting. Most recently Mr. O’Brien has been hired by several local governments in California to recover millions of dollars for their utility rate payers. These lawsuits have resulted in the recovery of over 15 million dollars for the ratepayers in those communities.

Mr. O’Brien’s writings on legal, safety and employment issues related to transportation are regularly published in multiple transportation industry related journals. He is also asked to speak at transportation conventions throughout the United States. Mr. O’Brien has been General Counsel of the Greater California Livery Association for the past five years and has also provided legal advice to the National Limousine Association.

For example, in 2019 Mr. O’Brien was elected to a four-year term to serve on the Board of Advisors for the International Development Law Organization. IDLO is the only NGO which promotes the rule of law throughout the World. The Board meets each year in Rome, Italy to provide guidance to IDLO.  IDLO operates in over 90 countries worldwide with a focus on human rights, due process and constitutional and judicial reforms. Examples of IDLO’s current programs include strengthening government response to domestic violence in Mongolia, supporting access to justice in Afghanistan and combating corruption in the Ukraine, Somalia and the Bahamas.

An interesting sidelight to Mr. O’Brien’s career is that he was a professional child actor. Beginning at age 8, he appeared in over 40 stage shows, including San Francisco Opera’s “Lost in the Stars” and the Broadway version of “Evita.” He also had a distinguished television career which included appearances in television movies, such as Emmy Award winning drama, “Something About Amelia,” TV series, such as ”Father Murphy” and “Easy Street,” and many national television commercials for such brand as Pepsi and Close Up Toothpaste. Mr. O’Brien remains a member of Screen Actors Guild and Actor’s Equity.